On May 3, 2022, a historical victory was reported that an unprecedented dent was made in the animal agriculture and dairy sector with a $21M settlement by one of the largest beverage corporations and dairy conglomerates in the United States.

This action follows ARM’s 2019 undercover investigations- the largest and most impactful to be conducted by an animal welfare organization.

Upon release, ARM’s investigations inspired worldwide outrage, and angered consumers that led to the filing of multiple lawsuits against Coca-Cola and the Fairlife brand for ‘consumer fraud and deceptive marketing’ that were claiming their premium products were coming from ‘humanely treated cows.’

On April 27, 2022, an Illinois judge ruled in favor of the multiple civil class action lawsuits.

This is a grand victory as justice served for animal cruelty within the animal agriculture sector of Big Dairy, and one that ARM is proud to be responsible to continue exposing. 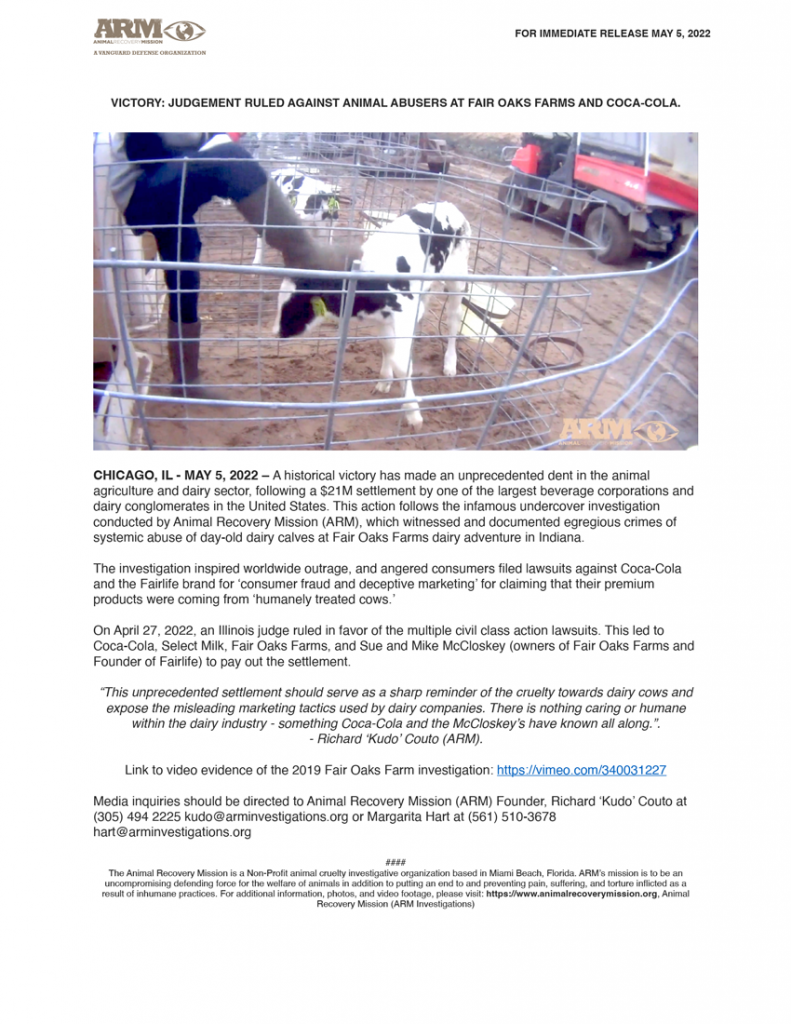