It is almost one year since the release of ARM’s Operation Fair Oaks Farms dairy investigations. Recently it was announced that three of the company’s high-ranking executives have now been terminated from Fair Oaks Farms.

This is the first time that top-level executives have been terminated, including the Chief Executive Officer (CEO) of the company. This critical position in a company, along with the COO and CSO, will now cease to exist at Fair Oaks Farms all together and is a shocking business decision.

The groundbreaking news directly attributed to ARM’s undercover investigation of Fair Oaks Farms. This was stated and referenced in a memo that was sent directly to Fair Oaks Farms employees from Mike McCloskey. This memo (see below) was not intended for public release until a disgruntled employee posted it across social media.

Since ARM’s investigation, there has been significant economic downturn and hardships of the operations at; Fair Oaks Farms, Fairlife, Coca-Cola, Midwest Veal, and Natural Prairie dairy. It has also affected Strauss Veal Feeds, where the Fair Oaks Farms calves were transported for veal production.

In addition to the economic stress of Fair Oaks Farms and Mike McCloskey, is their commitment to the economic infrastructure of Newton county’s cheese and whey manufacture plant, currently under construction. News of the termination of the top-level Fair Oaks Farms executives has put a heavy emphasis on the uncertainty of this project in meeting a deadline of completion. If not satisfied, Select Milk and Fair Oaks Farms will be buried with a 26 million debt.

It is clear that in the aftermath of ARM’s undercover investigations, there has been consistent evidence of mounting and substantial ties between Mike McCloskey and Newton County.

His special interests and ties to Mike McCloskey and business projects in Newton County later revealed to be a conflict of interest, and he was soon after removed from the case.

It is now being made clear that governing bodies, and much of Newton County, had reasons to protect the truth that ARM revealed in its investigations.

But the truth always prevails, and this recent announcement depicts the gradual decline of not only the largest dairy farm operation but the dairy industry as a whole.

This demonstrates positive shifts in animal protection and the beginning of a downfall of an industry that has exploited and tortured dairy cows for too long.

To learn more about ARM’s groundbreaking investigation, click the link to the video below. You can also click here to learn about the Fair Oaks Farms dairy investigations. 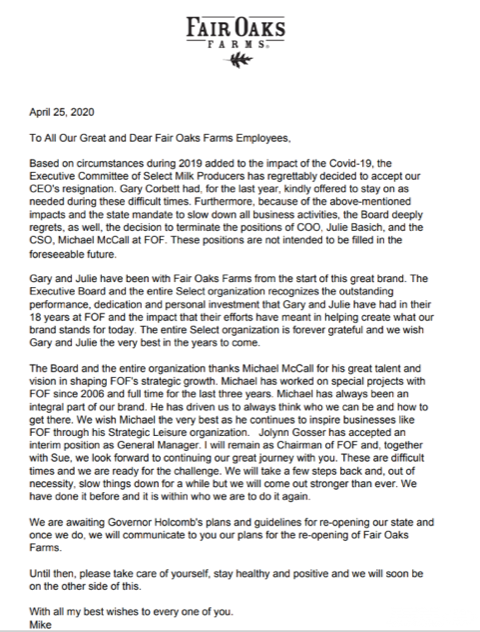 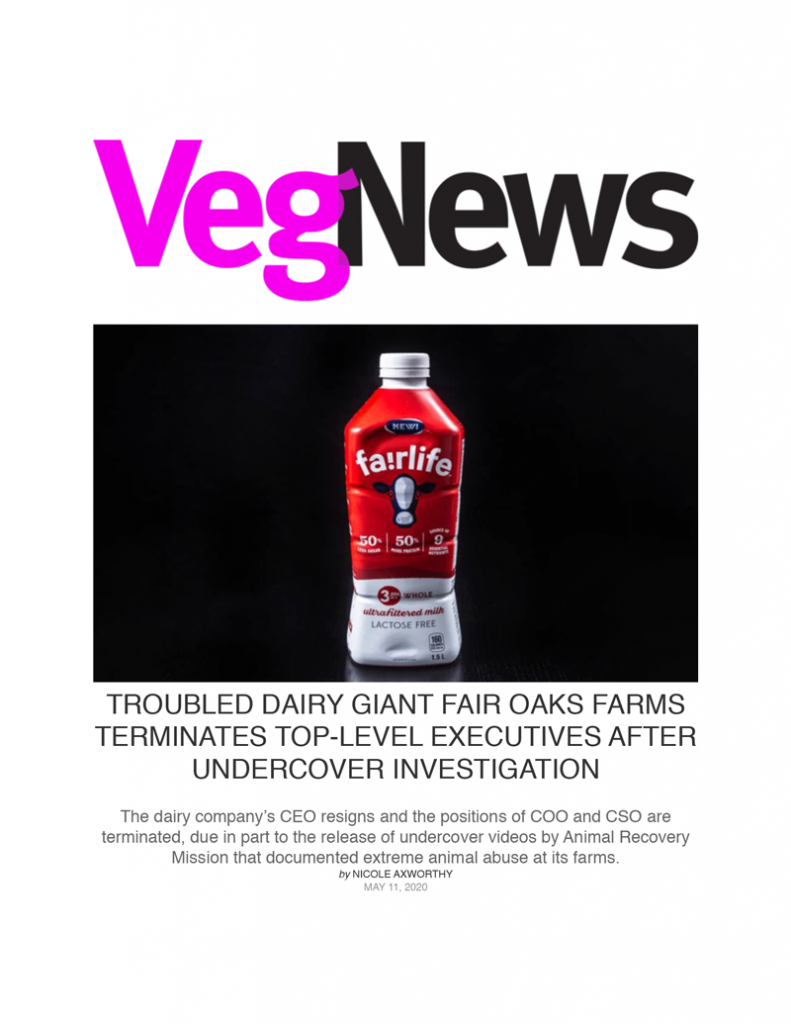